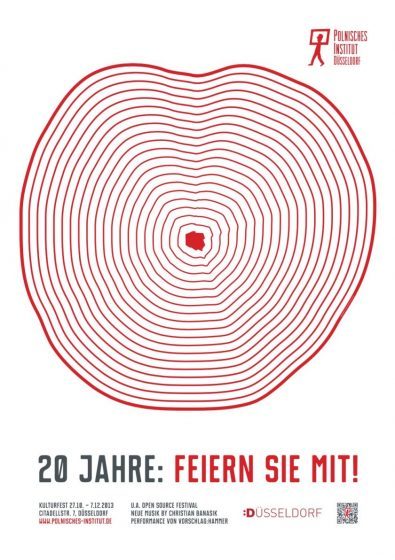 A neighbourhood festival to thank you

Founded in 1993, the Polish Institute in Düsseldorf was Poland’s first cultural institute in Western Germany. In the focus of its 2013 anniversary, a cultural festival with German and Polish artists was organised, to thank the citizens of Düsseldorf for making the historic institute building available and for supporting Poland since the 1980s. As marketing-communications and PR consultant, I helped the institute management to leverage the anniversary to raise awareness for the institute and build reputation.

I advised the institute management on the planning and implementation of an advertising and communication campaign for the anniversary and served as the project lead for communication. With the participation of many German and Polish authors, I developed an large anniversary publication. I managed the overall communication activity, leading to a significant increase in the number of visitors during the anniversary festival. In addition, the institute’s reputation was sustainably strengthened vis-à-vis cultural policy makers, the Polish Foreign Ministry as the institute’s sponsor, and major public stakeholders.